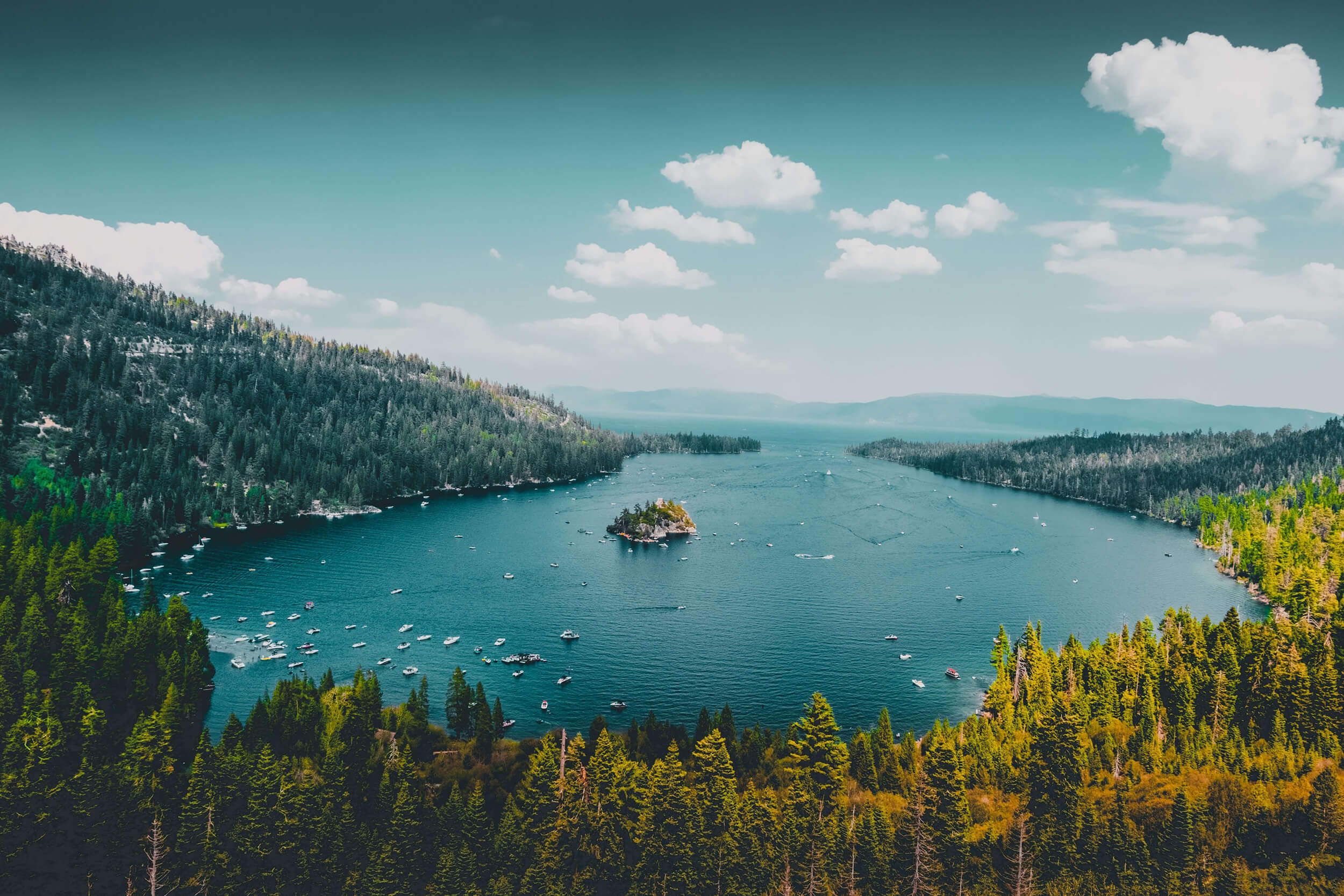 What Is a Watershed?

A watershed is the combined land area from which water flows to a single body of water. For example, the Atlantic Ocean watershed is massive covering portions of huge continents. In the American West, the Continental Divide identifies the point at which water flows east into the Atlantic and west into the Pacific oceans. Rivers have much smaller watersheds which consist of plains, uplands, and mountainsides that collect and deliver water into streams which flow into the river. Even lakes and ponds have watersheds that can be as small as someone’s yard or neighborhood.
‍
Watersheds are critically important for all living things. Without a healthy watershed, water may be absorbed before it reaches thirsty people and animals downstream, or it may become polluted by poorly managed mines and industries upstream, making it dangerous to consumers. As in Watershed; Arizona, unhealthy impacts to upstream natural areas could come from power plants, unwise forest harvesting, human recreation, catastrophic forest fires, and other human interference.

Watershed: Arizona is a fun way to learn about watersheds and to explore why it is important to be a good steward of these natural areas including forests, deserts, mountains, streams and rivers. As in the game, if a watershed is impacted too much by unhealthy activities or destruction, it will produce less water or could become polluted.

‍
Watershed stewardship tools and resources are unlocked in corresponding eras that model the historical pattern of law and policy including Founding Era, Conservation, Preservation, Adaptation, and Restoration. Specialized workers will be unlocked to improve the efficiency of stewardship activities.

‍Players must effectively manage their shared watersheds to ensure that rain and snow will collect and be distributed to downstream cities. Natural landscapes that are heavily impacted by mining, energy production, human recreation, and poor forest management will have reduced water yield. Players will harness land and river stewardship tools including federal and state environmental policy, conservation organizations, and cultivate a culture of sustainability in the public to be successful.

The Facts of Watershed

people, including residents of Arizona, rely on the Colorado River to supply their water.

acre-feet of water are used across Arizona each year

Maricopa County as the fastest growing in the US

watersheds are managed in this game

of our nation’s freshwater comes from forested uplands 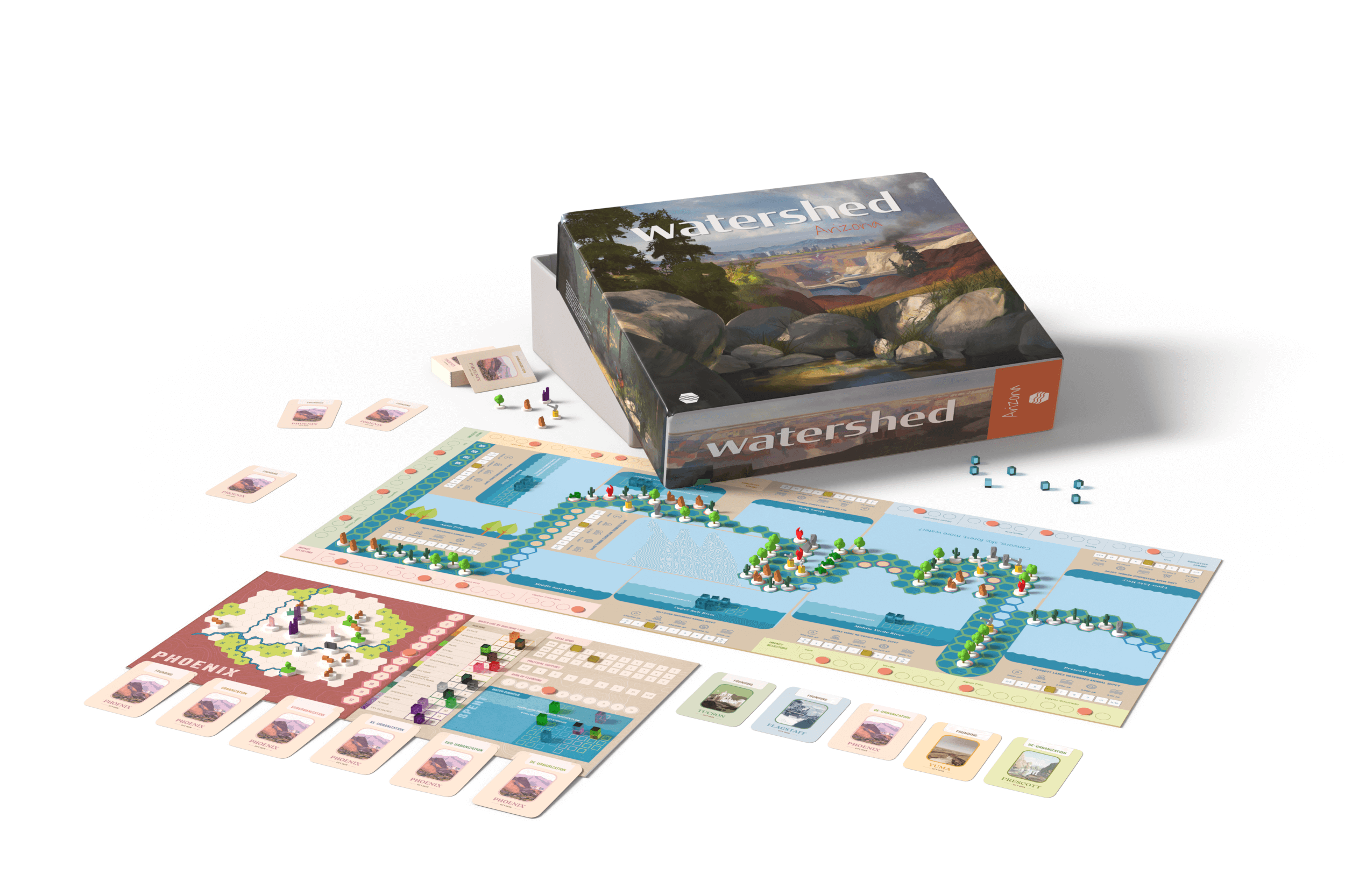 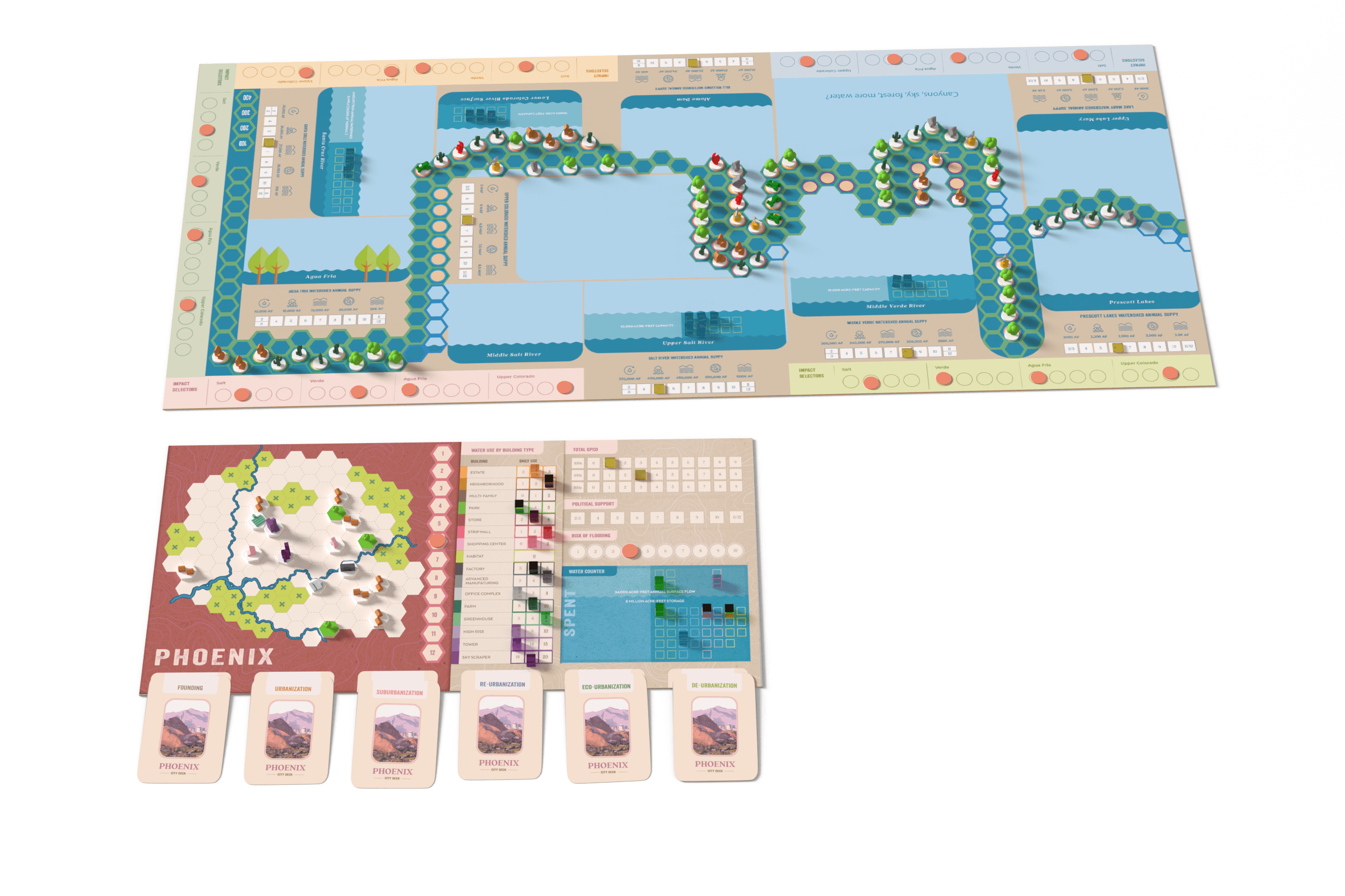 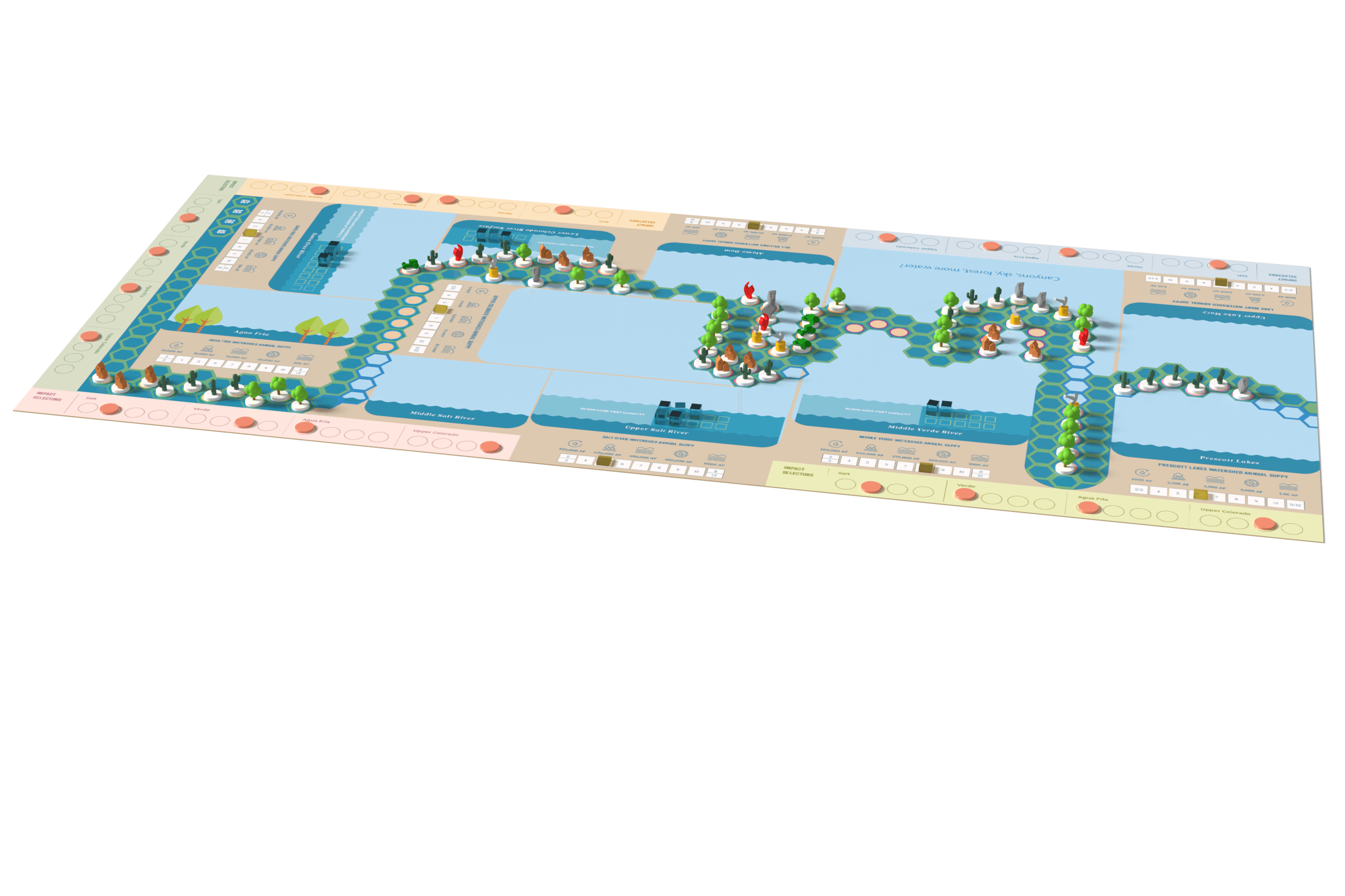 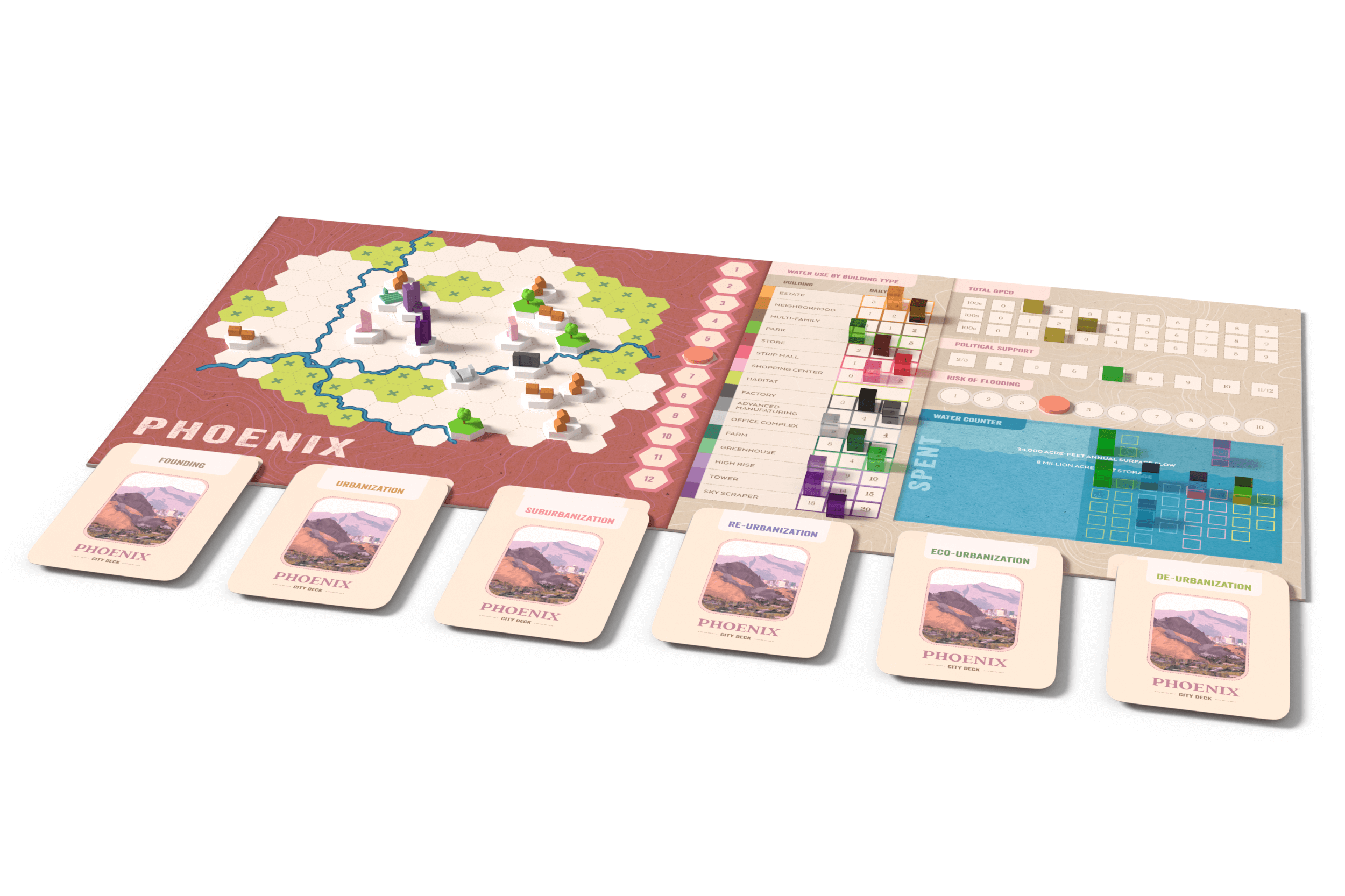 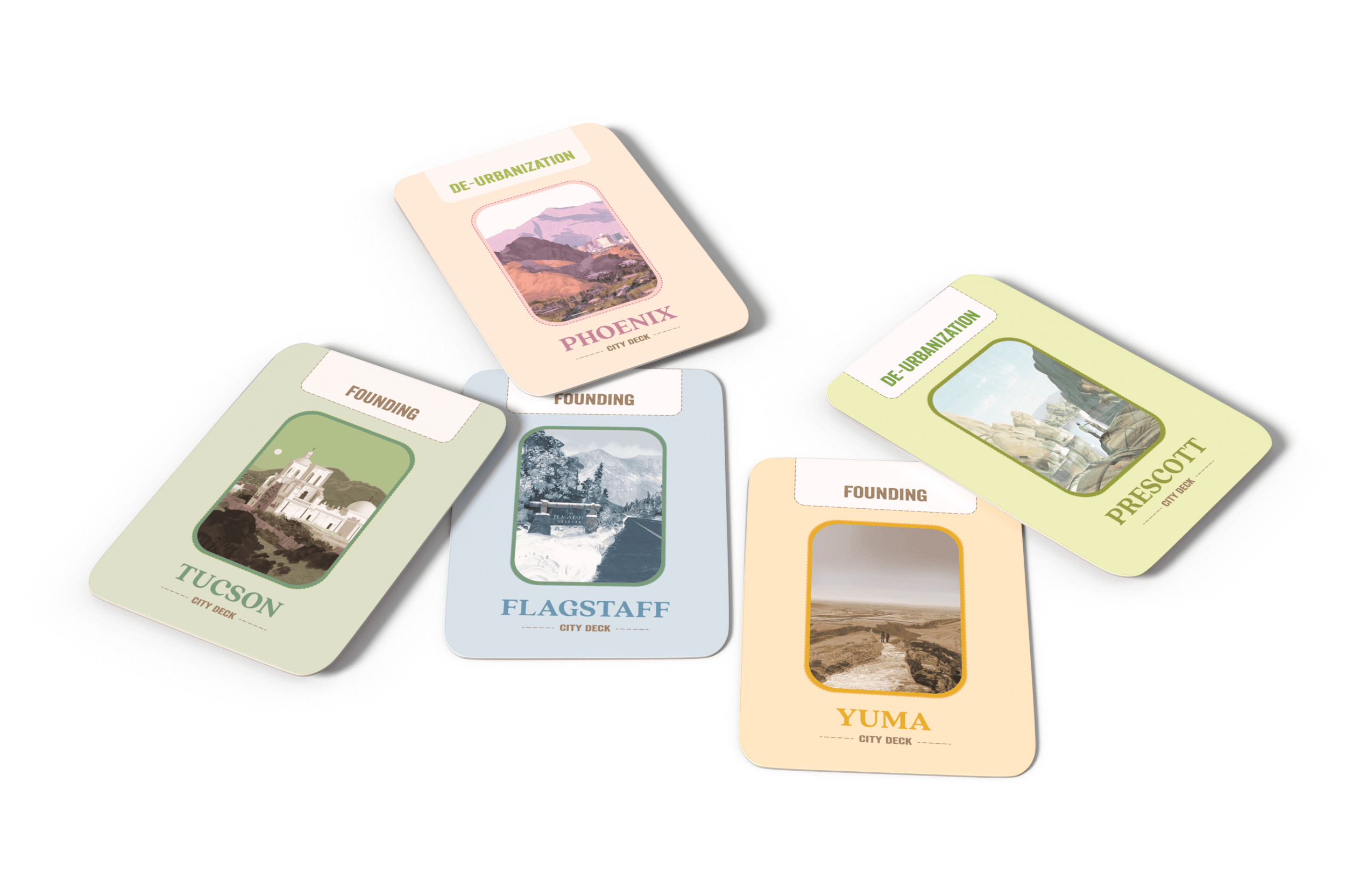 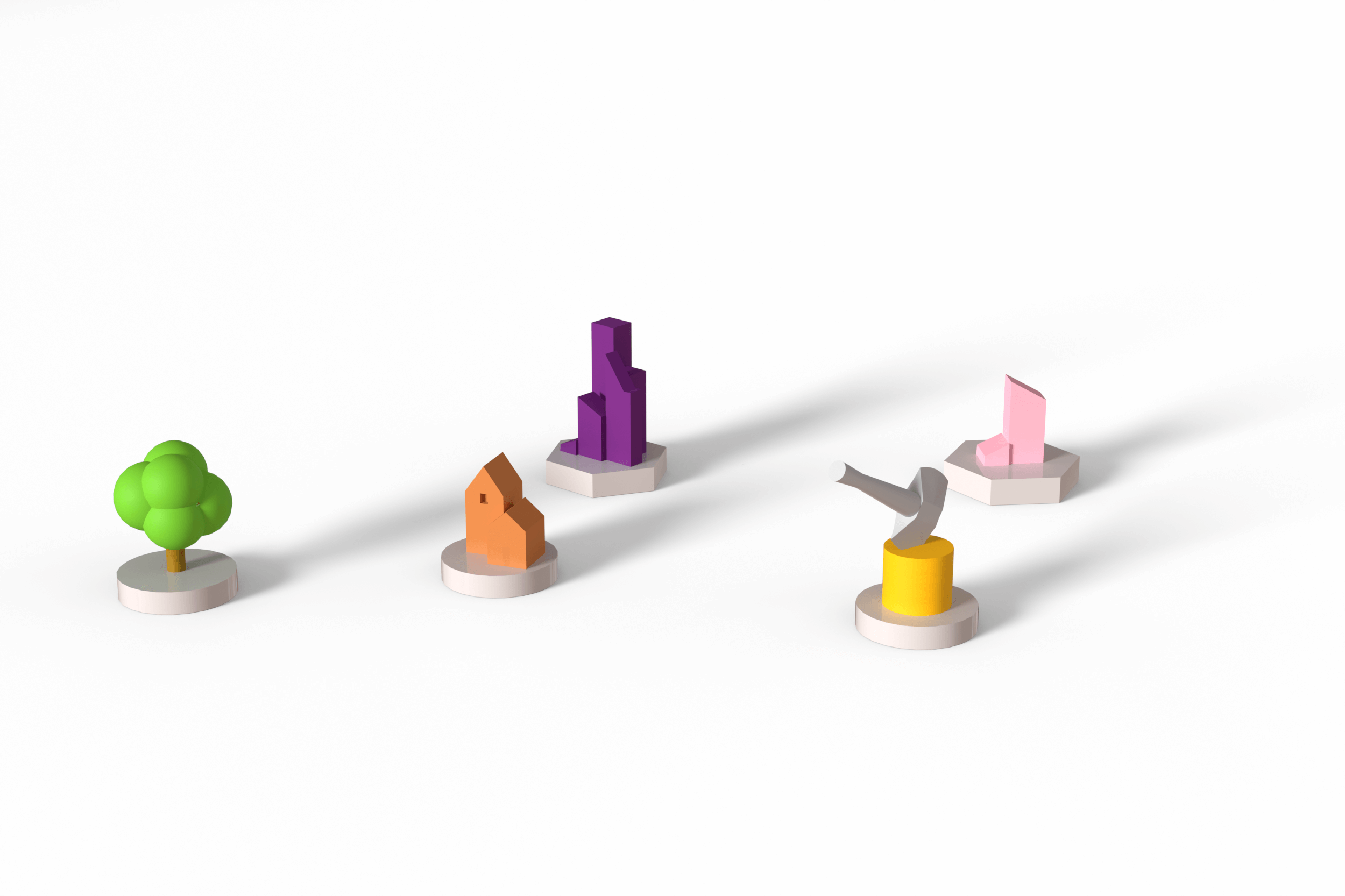 Almost all of Arizona lies within the Colorado River watershed. Feeding the Colorado River are some smaller rivers and streams, each with watersheds of their own. Some of these are the Little Colorado in northern Arizona, the Gila River in the eastern and central part of the state, the Verde and Salt Rivers that feed the thirsty Phoenix area, and the Santa Cruz and San Pedro Rivers in southern Arizona. (Map link)

Early Arizonans struggled with drought and flooding. Native American communities had large and successful communities along our rivers including the Verde River, Santa Cruz, San Pedro, and Gila Rivers for centuries before White settlers arrived. Native people learned how to live with the land and that there were limits to human habitation. 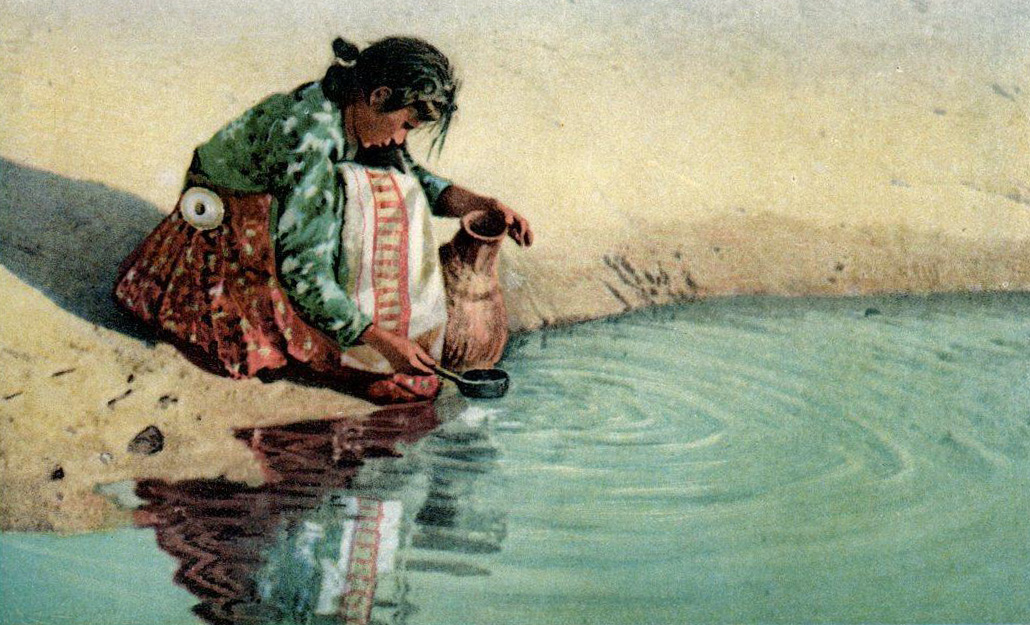 When white settlers arrived, they attempted to build cities along these rivers as well, but found that they were hard to control due to flooding that washed out neighborhoods, or there were years of drought resulting in not enough water to get by. These problems were addressed when large dams were constructed on the rivers, capturing the water in wet years so it could be delivered to farms and communities when there wasn’t enough in dry years. This reliability of water allowed the cities to grow and thrive. 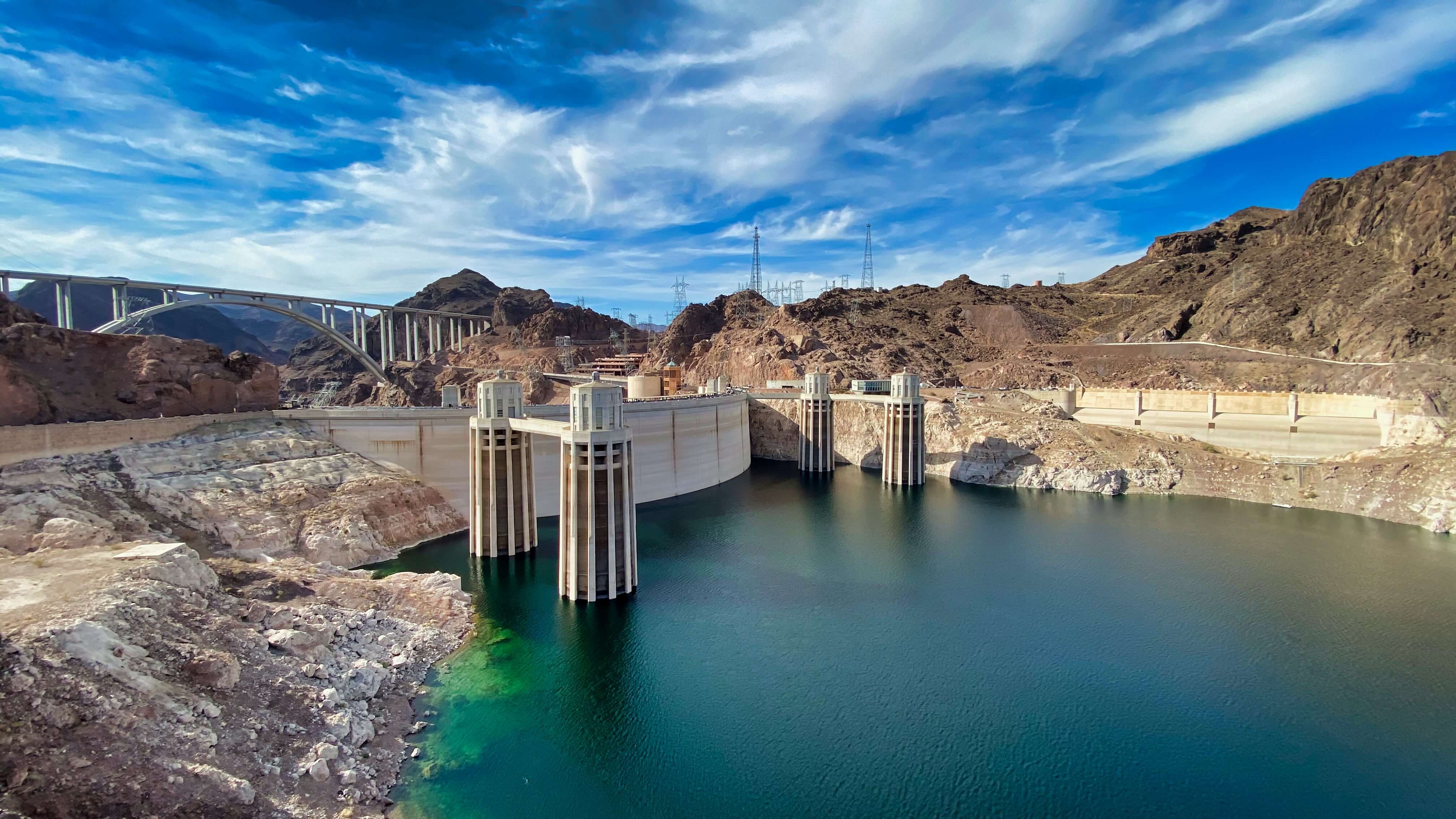 As with the Watershed Arizona game, Arizonans have transitioned from farms and large lot residential toward higher efficiency development like multi-family and dense urban spaces. As most water use is outdoors, higher density tends to improve per-person water use. Below, the chart from Arizona Department of Water Resources (ADWR) demonstrates that while our population is going up, overall water use has been going down since 1980; mostly due to the replacement of agriculture with urban development.

As more people came to Arizona, more water was required to serve the businesses, farms, and houses that emerged in our cities. Providing this water required more dams and reservoirs, digging deep wells to find water underground, and constructing pipes and canals to move the water from one place to another. This work occupied engineers and planners throughout the 1900s, but in the early 2000s, new problems began to emerge: watershed loss, sustained severe drought, and aridification. 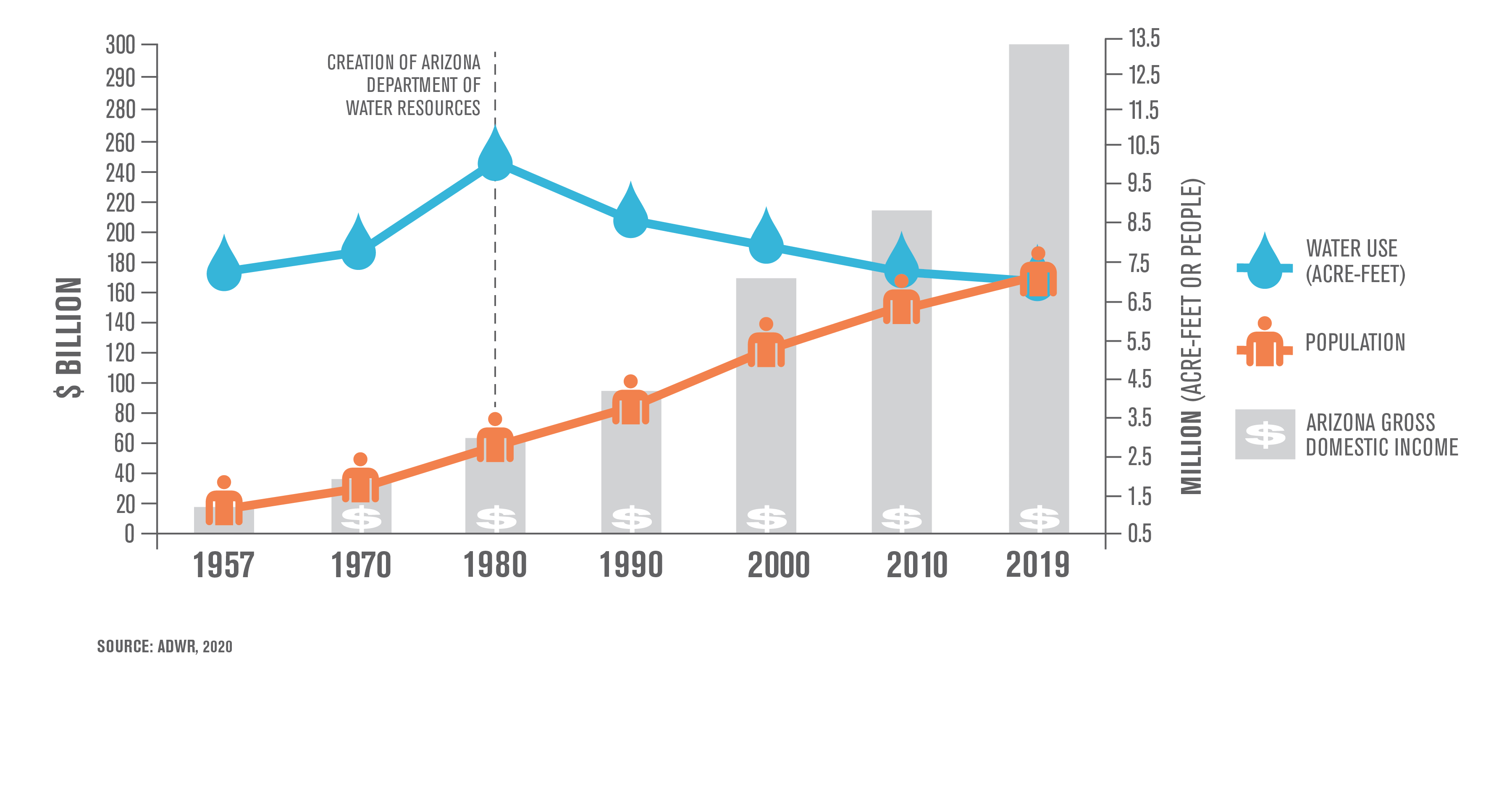 Overall water demand has gone down in Arizona since 1980

Watershed loss is the condition where watersheds become unhealthy and lose their important functions. Some causes of this condition include upland uses that reduce the water delivered downstream like bad forest health and water use that keeps water from flowing like large mining operations and thirsty cities. Other impacts are those that reduce water quality like too much human recreation, pollution, and rivers that have too little water flow to keep natural vegetation and animals alive.
‍
As cities grew larger and there were more people relying on our precious watersheds, Arizonans, like other residents in the West, began to work to protect these natural areas. In the conservation era, large portions of the landscape were protected as National Parks and National Monuments. In Arizona, these include Grand Canyon National Park, Cabeza Prieta and Kofa National Wildlife Refuges, and other protected federal lands. National Forests also provide important watershed protections, though they are not always managed with water resources as a priority. 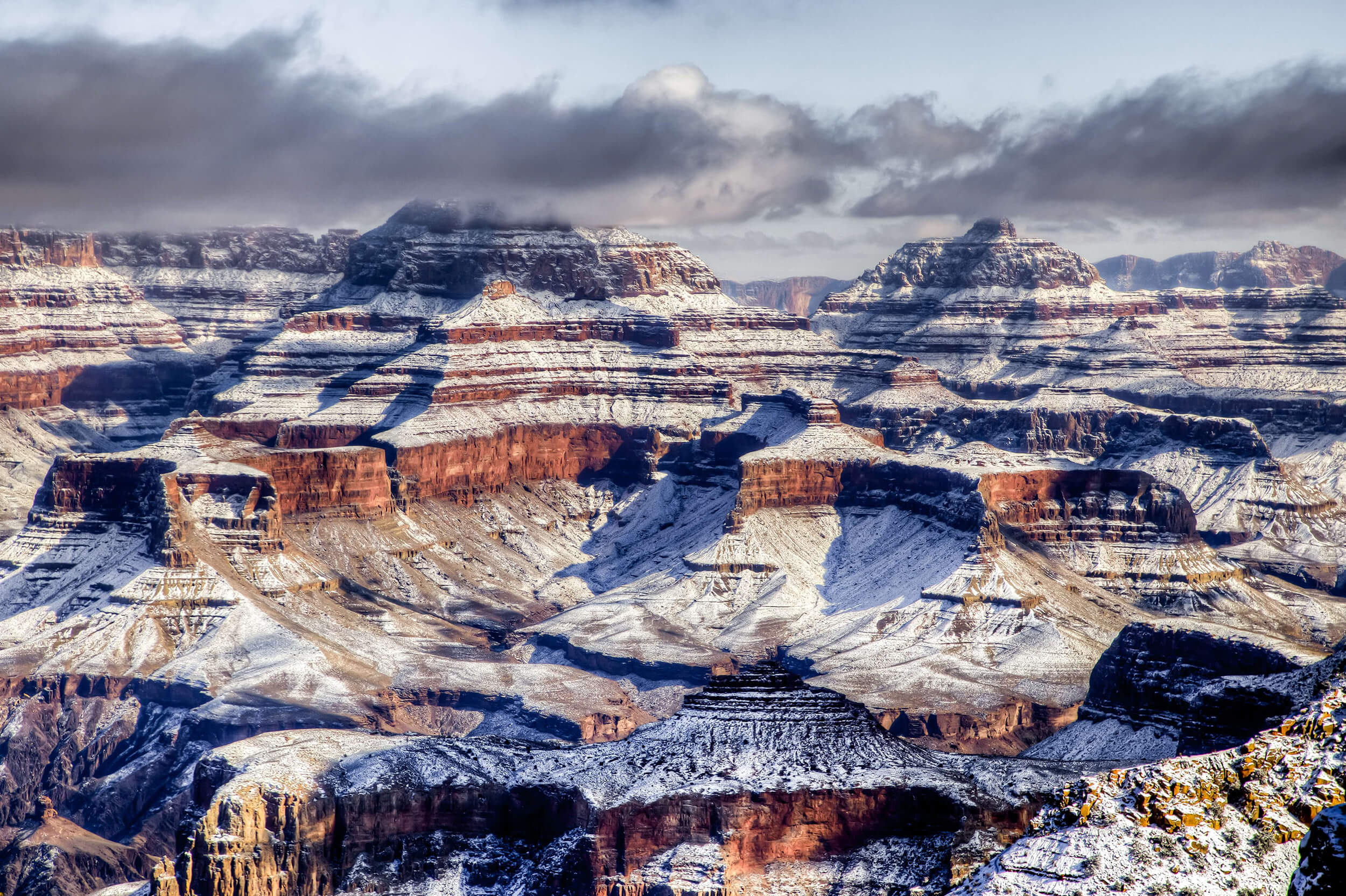 In the 1960s, preservationists were concerned that there were too few lands that were untouched by humans. As a result, the 1964 Wilderness Act was passed and today 90 Wilderness Areas exist across Arizona. These lands are highly protected from the impacts of human civilization--they can’t have permanent construction within them like power plants, and must be managed to protect resources.
‍
Today, watersheds are more important than ever and new tools have been developed to help protect their value for water supplies. Restoration of rivers and streams consists of removing unwanted and water-thirsty invasive plants that have taken over for native ones that were killed by lack of flow or human destruction. Forests are now being restored by taking out unwanted trees that have taken over due to a lack of natural fires that would have prevented overcrowding. Also some cities have placed their wastewater in rivers to help bring back natural plants and animals who disappeared when water stopped flowing. Protecting and restoring watersheds and waterways is also smart for the economy, attracting tourists, businesses and improving people’s quality of life.

Within Arizona there are several important watersheds. Within Watershed; Arizona, players will steward the land upstream of the Santa Cruz, Verde, Salt, Lower Colorado, Bill Williams and the Little Colorado Rivers. They will also manage smaller local watersheds around Prescott and Flagstaff. Together this represents only about half of what the state uses each year. The rest of the water comes from water that has been underground in aquifers and from the rest of the Colorado River watersheds in northern states upstream.